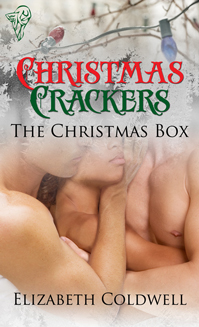 Yes, it’s Sunday Snog time again, and with Christmas coming ever closer, here’s a kiss from The Christmas Box, a ménage tale that was my first ever release with Totally Bound. Natasha has travelled to the home of her old university friend, Joe. The plan was for a whole group of people to spend Christmas together but heavy snow has intervened, leaving Natasha and Joe to get reacquainted.

“Well, it’s not exactly the send-off I had planned for this place,” Joe admitted, “but I still think the two of us could have a pretty good time on our own.” His gaze met mine briefly, then we both glanced away, a little surprised at the depth of the look which had passed between us. In that moment, I realised I wasn’t the only one looking at an old friend with suddenly admiring, lustful eyes.

“But all the food you must have got in…” I continued, trying to keep the conversation light.

“Oh, we were mostly going to have nibbles tonight,” he said. “I’m sure those will keep. You and I have got some catching up to do first.” As he spoke, he caught hold of the point of my chin, stroking his fingers along the soft skin of my throat. I’d never experienced such an intimate caress from Joe before, and I felt liquid heat rushing to my sex. Joe’s lips met mine, kissing me gently at first, then with a sudden fierce hunger. I wondered briefly whether I was doing the right thing—I had seen friendships fall apart so many times when those friends had become lovers—but it was Christmas, I told myself. The season of goodwill to all men. Time to let myself go for once. Catching Joe’s urgent mood, I pulled his t-shirt out of his jeans, anxious to explore the planes of his chest and stomach. His big hands were on my breasts, teasing my nipples into aching peaks even through the layers of clothing I’d worn to make the journey to his aunt’s home.

“Let’s get you out of some of this,” Joe said, tugging my thick sweater over my head to leave me in only a skimpy camisole. He pushed the straps down off my shoulders, baring my breasts. The smile that crossed his face told me just how much he liked the sight of me like that, half-dressed and wanting him. I straddled his thighs, pressing briefly against what felt like a nice bulge in his jeans, then leant over him so that my nipple was temptingly close to his lips. He was straining up towards it when a sudden, insistent banging echoed through the house.

To find out who else is about to join in the fun, pick up The Christmas Box from Totally Bound. And swing by Blissekiss, where there are plenty more snogs – some seasonal, some not but all designed to get you in a kissing mood… 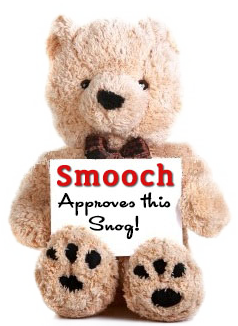