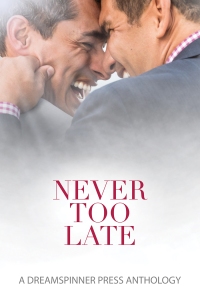 Here’s a short but hot scene from my Dreamspinner m/m novella, Piano Man, which features a spot of kissing as it’s Sunday Snog time. Graham, the main character and a man who believes love has passed him by, is having a very filthy fantasy about the pianist he’s recently employed for his new bar, Adam…

Closing his eyes, he pictured himself at the Midnight Lounge on its opening night. Couples, Mike and Judy among them, swayed on the dance floor. Groups of friends chatted over drinks and platters of food. The barman poured expertly mixed cosmopolitans into frosted glasses. And underpinning all of this was the slow, beautiful tune Adam had played for him at his audition.

His thoughts drifted and now he saw himself and Adam sitting on the sofa in his living room. They were both half undressed, Adam shirtless and revealing a chest still bearing the remnants of the tan he’d picked up on board his cruise ship. Graham imagined himself planting a slow trail of kisses down Adam’s torso, all the way to the waistband of his trousers. Adam’s cock was a solid bulge, pressing against the dark fabric. Graham would pull down Adam’s zipper and reach in to pull his erection free from his underwear. Then he’d kiss that too, licking up the drops of precum glistening at his tip…

Overcome by the fantasy he’d woven, Graham unbelted his robe. He sprawled his limbs, letting his head loll against the back of his easy chair. Grasping his dick at the base, he started to stroke along its length, the juice that had formed at its crown easing his movements.

Does the fantasy become reality? You can find out in Piano Man, which is available from Dreamspinner as a single release and as part of the Never Too Late anthology. And pop over to Blissekiss for all the smoochy, sloppy Sunday Snogs you need to spice up your weekend.