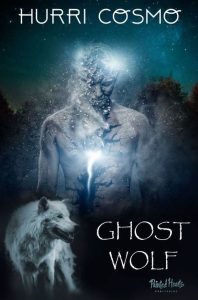 Trevor has grown up as a wolf without a pack in a small town in the middle of nowhere. What little he knows about shifting and pack lore he’s learned from the elderly man he calls Grandpa, who’s also passed on to him a mysterious ring. When circumstances force Trevor to use the ring, he realises it turns him invisible, something he tries his best to use to his advantage. But other people want the ring, too, and that throws Trevor into some very bad situation. Luckily, Ryan Jarfang, Alpha of the biggest wolf pack in the area and the hottest man Trevor has ever met, is on hand to help out.

Ryan and Trevor are Fated Mates, with an attraction too strong to ignore, something that doesn’t go down too well with Amanda, the woman whose forthcoming mating with Ryan will create a powerful alliance with another local pack. With wolves being found dead and shifters going missing, how will Trevor and Ryan overcome all the dangers and find the happiness their status as Fated Mates should guarantee them?

Having a main character who can not only shift into a wolf but become invisible as well should be too much for one story, but in Ghost Wolf Hurri Cosmo manages to pull it off. There’s a streak of humour in the book that keeps everything from getting too serious and overblown, though when the baddies come after Ryan and Trevor there’s a genuine sense of menace about the set piece as they hunt for the ring in Trevor’s old family home. Having Trevor as an outsider to the pack means we get to learn about wolf lore through his eyes, and he’s an engaging hero, always looking out for others beside himself. Ryan might be the typical Alpha male, always on top in the bedroom, but there are times when he needs Trevor’s help and protection, and that vulnerability adds more depth to his character.

There is, as you’d expect, plenty of hot sex, especially on the night of Ryan and Trevor’s mating, though I could have done without the detour into male pregnancy territory. It may be a necessary part of the happy ending for some readers, but personally, I find it silly. With that caveat (and that part of the book is easy to skip once you realise where the storyline is headed), this is a fun and entertaining shifter story that’ll have you howling for more.

Ghost Wolf is published by Painted Hearts and is available from Amazon US and Amazon UK. Find out more about Hurri Cosmo at Hurricosmo.com.

I received a copy of Ghost Wolf from Indigo Marketing and Design in return for an honest review. 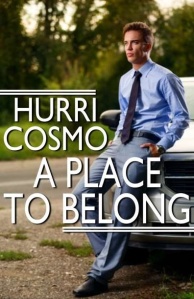 Logan Perry thinks he’s found his dream job, working as a carer for wealthy widow Gail McFarren. Moving to Texas has helped him escape from a family who can’t accept that he’s gay, and brought him close to Gail’s grandson, Bradley, who Logan is harbouring an enormous crush on. But when Gail’s health fails, leaving her in a coma, Logan and Bradley have no choice but to summon her friends and family to pay their final respects. One of the visitors is Bradley’s brother, Clayton, who has a long-standing gambling addiction and is as cold and calculating as Bradley is warm and generous. Clayton’s outright hostility to Logan, coupled with Bradley dropping heavy hints about his own plans for the rest of his life, seem to threaten the end of Logan’s Texan idyll. Will he have to start the search for a place to belong all over again?

A Place To Belong is a quick read, simple and straightforward in its plot and intentions. The characterisation is very broad – Clayton is a pantomime villain, practically twirling a moustache as he treats Logan like dirt, while Logan himself is almost breathtakingly naive, unable to spot all the clues Bradley is parading before him. But the story is warm-hearted and ultimately uplifting. Even though the book has a four-flame rating, there’s only one real sex scene, though it’s a tender, sensual one that provides a perfect climax (in several senses of the word…). Fans of Hurri Cosmo will definitely enjoy this, and it should also bring her some new admirers.

The book is available from Amber Quill Press, and you can find out more about it at Goodreads.

Nick is the man in charge of the 77th precinct, a group of misfits with paranormal abilities charged with solving crime and keeping order in Minneapolis even though their existence is officially a secret. They’re facing their toughest assignment yet, as a series of bodies keeps turning up, drained of blood, and all the indications are that a vampire is on the loose in the city. As the case progresses, Nick is faced with a number of distractions, not least the antics of his colleagues in the 77th, who seem to have varying levels of control over their own powers.

First is Chad, a hot young thing who is able to bend metal with his mind, and who comes to the 77th looking for help when his mother goes missing. Then there’s the irresistibly sexy Arrain, who is Nick’s fated partner. Even though Nick can’t believe this young, god-like being would fall for him if it wasn’t for the fact they’ve been paired to each other, the sex they have is mind-blowing and intensely physical. Arrain is the only one who knows Nick’s true identity. Nick is the Door Keeper, whose role is to stop evil beings coming through to this world from other realms. As the vampire murders escalate in scale, it’s going to take all of Nick’s powers to prevent disaster falling on the 77th and  destroying everything he’s worked so hard to protect.

The Door Keeper is an intriguing paranormal fantasy that largely steers clear of the usual clichés about vampires. Nick and Arrain are an interesting pairing. Both are carrying secrets about their past, which is par for the course in this kind of story, but Nick is also plagued by doubts about being so much older and (in his mind) less attractive than Arrain. But attraction is not skin deep here, and they certainly generate plenty of heat when they get together, including a very steamy scene in Nick’s shower.

There’s plenty of humour in the book, most of which stems from the impression that getting the 77th to cooperate on a project is like trying to herd cats, and this provides a nice counterpoint to the bloody violence of the murders. With plenty of loose ends left untied, there’s the prospect of either a direct sequel to this book or a new adventure for the 77th – perhaps even spin-off s that give the other members of the crew centre stage.

With my editor’s hat on, the book could have done with an extra proofreading pass to pick up a few rather noticeable typos. But don’t let those distract from a hot, inventive story designed for those who enjoy sizzling male/male romance that doesn’t take itself too seriously.

The Door Keeper is available from Amber Quill Press.

One of the things I really love to do is the book videos. Each one of my books has one. Some are very simple, like the early ones. But lately, they have been more intense. This particular video is longer than some of the others and I have also

started to use this image of the “word girl” at the end in conjunction with my website for more continuity. My plan is to probably go back and redo all my videos to not only include this image but to maybe add some other elements as well, like videos within my videos. I didn’t use that feature in The Door Keeper video but one of the things I did do is use the music to full advantage. Like where the demon comes up, the music is at a point where, I believe, it enhances that “reveal”. I love my demon, too. Gorgeous and scary! I do not have a great program, like photo shop, but I was still able to alter the eyes. I also altered the eyes on Arrain.

I also love that I found the perfect team when I found Nick. Unfortunately, he isn’t as “old” as I 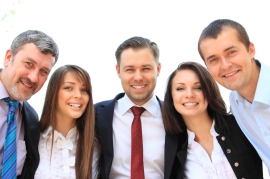 wanted him to appear and if I had photo shop I could have probably made him a bit older but the “team” is exact. There is a perfect Mason and Charlie and Wendy and Ross so I could put up with a cute but not “old” Nick.

My story, The Door Keeper, does lend itself to possibly more stories. Hopefully the response to this story is such that readers will want more.

So check out my video for the Door Keeper and maybe even watch all of them on my YouTube channel.

The Door Keeper by Hurri Cosmo

Although they’ve been labeled as a group of misfits, Minneapolis’ 77th police precinct has plenty of talent.  The problem is, it’s paranormal talent and no one’s supposed to know about it.

Nick keeps his officers busy chasing after all the creepy crawly things that tend to go “bump” in the night, thus insuring the twin cities are safe and totally unaware that other realms even exist. Nick is the Door Keeper and his job as the precinct’s captain is to maintain order in what would otherwise be chaos.

When said chaos rears its ugly head in the form of a ferocious and brutal vampire, the last thing Nick needs is to deal with a new partner, even if that new partner is as sexy as Arrain.

Hurri Cosmo lives in Minnesota where she holds tight to the idea that there, where it’s cold a good part of the year, she won’t age as fast. Yep, she avoids the truth as much as she avoids mirrors. But one of the reasons she loves writing is reality doesn’t always offer up a “happily ever after” and being able to take control of that is a powerful lure. Being a happy ending junkie, writing just makes them easier to find. Oh, she doesn’t mind “real life” and she does try to at least keep it in mind when she writes her stories, but she truly loves creating a wonderful couple, knowing they will fall in love and have their HEA. Every – single – time. And, of course, that is exactly the reason she loves reading this genre, too. Give her a glass of red wine, some dark chocolate, and her computer, whether she is reading or writing, and she will entertain herself for hours. The fact she actually gets paid to do it is Snickers bars on the frosting on the cake.

You can find Hurri here:

Other books by Hurri Cosmo:

How West Was Won

Ice Dragon Tales (contains the first two books in the series, The Servant Prince and The Servant King)

Talasar’s Elixir (Book one in the Dragon for Hire series)

Baby, Think it Over

The Astral Mage (Book one of The Captains of the Wolf)

A Place to Belong