Here’s another beautiful cover courtesy of the very talented Aria at NineStar Press. Trickster is a male/make sci-fi story that came out briefly a few years ago, but certainly didn’t come in such an eyecatching package. It features a galactic bounty hunter in hot pursuit a very charismatic thief and con man – and when they meet, things get even hotter… 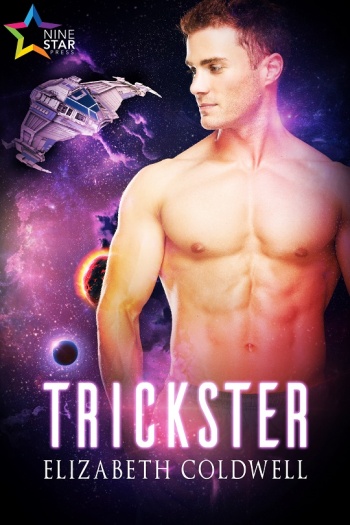 I’m talking about the not so glamorous life of an up-and-coming film star, and how that’s an important aspect of the latest book in my Lionhearts series, Into The Arena. To read the post, just click on the cover image below. 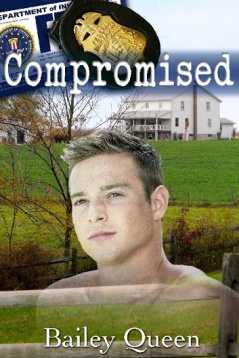 Ben Diggs is an FBI Special Agent, based in Baltimore. His time serving in the armed forces in Iraq has left him traumatised and unable to get close to anyone, and the fact he’s still in the closet about his sexuality only adds another layer to his impermeable shell. An impulsive one-night stand with rancher Tanner Bagley in the small town of Middle Creek soothes his pain, and  he feels no guilt about running out on Tanner without even a goodbye note the following morning. After all, he reckons, he’s never going to see the man again. What he hasn’t counted on is a series of murders that shake Middle Creek – all the victims being gay men who have some intimate connection to Tanner Bagley. As the investigation progresses, and the deaths become more vicious, suspicion falls on Tanner. Ben wants to believe in Tanner’s innocence as much as he wants to keep him safe from harm, and volunteers for a protective detail in Tanner’s home. Tanner, however, can’t forgive Ben for treating him so shabbily, and the two circle each other in an atmosphere of deep mistrust and growing desire. Will Ben lower his guard enough to let the caring, compassionate Tanner into his life, and in doing so will he irreparably compromise both the case and his job?

Compromised is an intense thriller that mixes the a serial killer on the loose and a broken man searching for the lover who can make him whole. It’s very melodramatic – there’s barely a chapter goes by where neither Ben nor Tanner is yelling and/or in tears – and unless you’re a serious fan of heavy hurt/comfort fiction that can become a little wearying. But there’s much to enjoy in Ben’s  path to redemption, the sex scenes are tender and sensual, and even if you guess the identity of the murderer before the end, you won’t be expecting the chilling reasons for his behaviour. if you want a book to leave you feeling thoroughly wrung out, but still uplifted, Compromised is the one for you.

Compromised can be found on Goodreads, and is available from Amazon US/Amazon UK.

…and between now and 31st July, you can pick up loads of great male/male romance titles for just $1, while there’s 25 per cent off every other title in their bookstore. That includes my time-travelling love story, A Man Out Of Time, and my May/December tale from this year’s Daily Dose anthology, Piano Man. At these prices, it would be a shame not to treat yourself!

Logan Walters is 22, a confident to the point of arrogant pretty boy whose life revolves around partying, drinking

and getting off with as many cute men as he can. Nothing in his life has any real substance, and that includes his various conquests, most of whom he forgets as soon as the afterglow of sex has worn off. Deciding that what he needs is some meaningful ink, he books an appointment with friend of a friend, tattoo artist Connor. Connor sees through Logan’s false air of sophistication to the insecure boy within and the two men make an instant connection. But Logan, falling in love for the first time in his life, doesn’t know how to react. What follows is pretty much a textbook example of how to screw up a budding relationship, as Logan succumbs to needless jealousy and a desire to keep on sleeping with the shallow guys on the club scene despite his need for Connor. Has he just screwed up the best thing that ever happened to him, or can he and Connor overcome their differences in age and outlook to create a love that will last as long as Logan’s unique tattoo?

Unfading is a trio of short novellas that follow the ups and downs of Logan and Connor’s love life. Together, they form a light, breezy read that tackles Logan’s need to mature and learn the difference between lust and love. Some readers may initially be put off by Logan’s stupid behaviour throughout the course of Books One and Two, but in many respects he’s just a typical guy in his early twenties (albeit much hotter than average) who needs to stop thinking with his dick and grow up. By the time the action reaches Book Three and Logan is starting to see the real consequences of his thoughtless actions, you’ll be rooting for him and Connor to work things out and find their happy ever after.

Devyn Morgan has a nice ear for dialogue and a knack for creating characters who need a hug as often as they need a good slap. There are several laugh-out-loud moments as the story progresses, especially when Logan is in the company of his outrageously outspoken friend Jerome, and, of course, lashings of sex, including a lovingly described encounter on Connor’s inking table. My one real quibble is that, like many self-published books, it could have done with a tighter edit to weed out a few mistakes. But if you like a side order of light-hearted, metrosexual bitchiness with your erotic romance, you’ll most likely have fun with Unfading.

Unfading Book One: Amazon UK/Amazon US

The Plaid Nights anthology is an AllRomance bestseller, meaning lots of you are going mad for those hot men in kilts!

To get hold of your copy, or find out more about the authors and fabulous stories in the collection, click on the image below.